For any major company or organization, there are several departments that will comprise the overall extent of operations. From research and development, to accounting and finance, each division has its own respective purpose that contributes to overall productivity. Each of these divisions, however, have their own costs to run.

The labour costs may not initially be considered as costly as other divisions in a business. However, it is no less crucial to its general structure. Although this department comes with its own fair share of costs, the different types of labour costs are not impossible to mitigate and prevent outright. With careful planning and advanced labour costing software involved, you can strategically integrate these labour costs into your business finances.

In order to keep the human resources department operating smoothly, this division also has its fair share of costs as well. For more specific details on the costs attributed to human resources, here are the six most common types of labour costs and expenses: Labour, for all intents and purposes, is the driving force between connecting all members of an organization. Professionals working in this field can be considered to be a conduit of sorts, linking managerial-based individuals to the various workers of the company. When one of those employees gets sick, they are usually entitled to sick leave.

Sometimes, however, the amount of sick employees in a company can gradually cost a business more in the long run. If sick workers are not allowed to effectively recover and still come to work unwell, productivity is drastically mitigated. This negatively impacts operations as a whole, and may end up costing the company more than they may have expected. For the most part, those working in HR will process numerous items such as leave applications, or entering data into spreadsheets. Although these administrative duties are standard, they are usually conducted manually. This can add up in terms of costs overtime, especially if these professionals are working in an unorganized structure.

These labour costs can be compounded by the fact that some managers make almost six figures, depending on the company. Higher salaries may end up being more of a detriment in the long run, especially if the business has a set budget that is limited to each department. In order to reduce potential costs, organizing administrative duties is crucial. These types of labour costs may come as a surprise to some, but poor leadership within a company can actually manifest as a financial cost. If businesses do not address these concerns to those in managerial positions, a company may not see the returns they would like to. For example, managers should always try to be approachable and be easy to communicate with.

If employees do not feel like they are valued at work, their loyalty will inevitably falter. This then translates to a lack in productivity, as a result of not having the morale needed to contribute. It is, therefore, the duty of an business to address this with relevant parties, as poor morale may end up backfiring on their department in a financial manner. As stated previously, many administrative duties conducted by businesses are completed manually. This ends up taking up much more time than required, and may contribute to the labour costs a result. In order to reduce potential costs stemming from this, consider automating these duties outright.

Not only does labour costing software allow menial tasks to be completed much more faster, but it allows workers to build efficiency. In addition, the divvying up of relevant tasks in the department is much easier, allowing productivity to flourish. Traditional methods of conducting labour costing tasks may be predominant, but they may be more financially detrimental in today’s society. Workers who resign from an organization, for whatever purpose, is an inevitable aspect of business. What some may not realize is that these resignations usually come at a high cost, with each respective employee leave. The higher a company’s fluctuation rate is, the more it will end up driving labour costs.

There are numerous factors that can influence an employee’s decision to leave a company. On the other hand, there are also a multitude of factors that can boost a worker’s decision to remain at the company, and continue their contributions. It is the duty of the business to assist in boosting overall morale, so that a worker’s leave doesn’t result in added labour costs. An employee doesn’t have to be sick, just to be disengaged from their work. Whether due to outside issues from their personal life, or just being uninspired, detachment from the work space can cost the HR division. This ends up wasting a company’s potential to earn revenue, which may result in cuts to departments such as HR, which is very harmful overall. 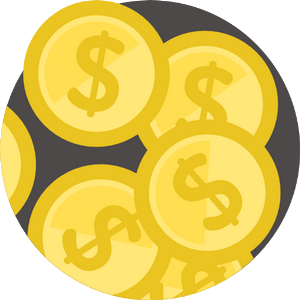